It was late summer of 1986. I was getting ready to start my junior year of high school. The national news was dominated by one story: A disgruntled mail carrier, Partick Sherrill, walked into his post office the day after getting a poor performance review. He killed fourteen co-workers and wounded six others before killing himself. 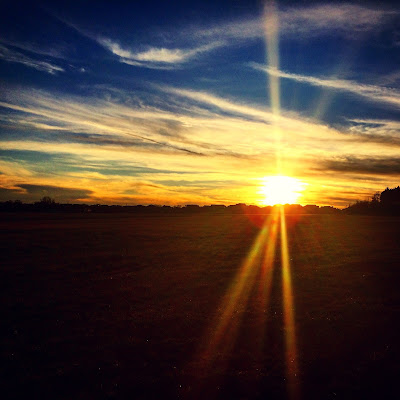 The previous mass killing was in 1984. The next one that large would happen in 1991. They were rare. Stories like this dominated the headlines for weeks at a time. Our access to news was primarily from local network television stations, newspapers, and the radio.

How times have changed. News is delivered instantly via smart phones and social media. And there is a lot more news. The recent shooting in San Bernardino, California. The one before that at the community college is Oregon. The two this summer: at the military recruitment center in Tennessee and the church South Carolina. Even in our slice of the country, we have witnessed mass shootings in recent years at the Westroads Mall and Millard South High School. In our own city, four people have been killed in the last week.

Yeah, the world is different than when I was a high school junior. Things just aren’t quite the same any more.

But it’s Sunday morning. Christmas is twelve days away. I’m not going to talk about presents or cards or cookies or carols. I’ll talk about the only thing I’m trained to talk about. God.

Once upon a time, the people of Israel were looking for hope. Peace was a distant memory. Joy was tough to come by. Their messed up world made them wonder where God fit in all this mess.

The people wanted a king. One who would restore justice. Maybe then they would have a chance at the hope, peace, joy, and faith of their fathers—Abraham, Isaac, and Jacob.

God did better than giving them a king. God gave them Himself. Christmas was the day that changed the world. Life has never been the same and neither has death.

Times are tough and these days are uncertain. You know that and so do I. We long for the hope, peace, joy, and faith of our grandparents and their grandparents. A new President probably won’t help too much. And new legislation won’t either.

But I have good news. God keeps giving us Himself. Hope isn’t a concept. Hope is a person and his name is Jesus. He is the Prince of Peace and his presence is greater than our struggles. He is the giver of joy in the good times and the bad. He is the author and perfector of our faith. He has come to seek us, serve us, and save us which is good because we need all three.

The best is yet to come…