I’m a failure. I have failed more than succeeded at life.

My dream in high school and college was to run a sub four-minute mile. I’m guessing I raced the mile or its metric equivalent over one hundred times. I never really got that close.

I ran for student body president my junior year at Drake University. I had a great vision and a savvy campaign manager. Many political careers have died in Iowa. Mine was one of them. 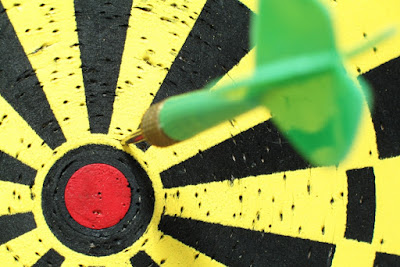 As a young adult, I invested most of my life savings in a company called Web Van. They went bankrupt two years later and it didn’t help my bottom line too much either.

I inherited a decent soccer team that my oldest son played on. We trained hard in the offseason. My assistant coach and I developed a great game plan. My first game as a soccer coach, I lost 9 to 0. And it wasn’t actually that close. I remember telling the boys after our loss that failure teaches us lessons success doesn’t. I don’t think any of them got it at the time. I believed it. Still do.

I have learned that a single failure doesn’t mean failure has the last word. Someone once said: “Failure should be our teacher and not our undertaker.” Failure is best thought of as a delay and not a dead end.

If success is the destination, the path to success goes through the land of failure. My observation is that people who don’t experience some failure never experience much success. Success isn’t the absence or the opposite of failure. It is overcoming failure.

I’m in the company of some good people. Peter is one of them. He got into an argument with his buddies about who was the greatest. He wasn’t too keen on Jesus washing his feet. He pulled out a sword and chopped off a man’s ear. He fell asleep when Jesus was in agony. He took his eyes of Jesus and sunk in the water. He denied Jesus three times. Yeah, Peter was a failure.

But when God was ready to start the church He summoned Peter. I’m guessing if somebody was going to be talking about grace, God wanted somebody who has experienced it. And after Peter’s first sermon the world has never been the same again.

If you are stuck, try something new and know failure isn’t a bad thing. If you are failing, learn your lessons, get up, and try again. If you are in a season of success, take a look back and be grateful you have overcome failure.

The best is yet to come…

Your words always give me hope.