Independence Day. What we are celebrating? Why do we celebrate it? And where does God fit in all this?

You know the drill: Neighborhood parades, BBQ, swimming, and sitting with the dog during the fireworks trying to convince her that the world is not coming to an end. Not much reflecting on why we get the day off.

I love history. Especially early American history. The passion of the people for independence and freedom is inspiring: 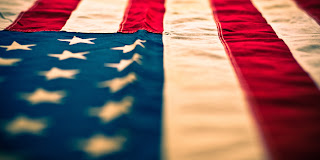 I know not what course others may take; but as for me, give me liberty, or give me death! -Patrick Henry

I only regret that I have but one life to lose for my country. -Nathan Hale

We must indeed all hang together, or, most assuredly, we shall all hang separately. -Benjamin Franklin

It is impossible to rightly govern a nation without God and the Bible. -George Washington

Independence and freedom are not the same. Independence means, for better or worse, we get to make the rules. The mistakes we get to live with are generally our own. Pre-Independence, the problem was taxation without representation. A few hundred years later, we still have taxes—gas taxes, income taxes, estate taxes, property taxes, sales taxes—to name a few. But instead of a king in London making the rules, a majority of citizens have decided such taxes are for the common good. Independence isn’t always perfect, but it sure beats the alternative.

Freedom is different. Someone can be independent, but not free. The young adult may live by herself and be independent of her parents, but she is not necessarily free. She probably has some sort of debt, a boss, a landlord, and / or demanding friends. She makes her own choices, but has obligations and habits that strongly determine the choices she makes. She is independent, but is she really free? As a country, we may make our own rules, but because of things like a huge debt and nuclear weapons, we are not totally free. 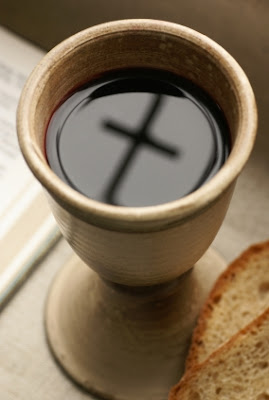 There is another sort of independence and freedom that matters ultimately and it is another sort altogether. It isn’t represented by a flag, but by a cross and a cup. The flag represents freedom to worship the King who embodied the cross and the cup. At the end of the day the flag doesn’t offer the freedoms matter the most: forgiveness, hope, courage, faith, peace, joy, and salvation. A person can live in an independent democracy and suffer a personal life of oppression while another can live under a dictatorship and experience personal freedom: not because of the flag, but because of the cross and the cup.

This weekend, be grateful for independence as Americans and embrace the freedom God gives.

The best it yet to come…

Craig
Posted by Craig Finnestad at 9:55 AM