Today is Father’s Day. I like Father’s Day. I get a few gifts. I get my picture taken with two boys. Some pretty cute pictures have been taken over the years. We’ll most likely eat ribs or burgers for lunch. Two of my favorite people will love me more than usual. And usual is more than enough. 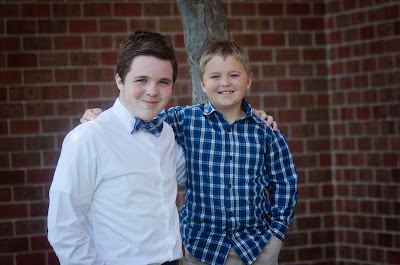 Jesus tells a story about a man with two sons. The older son stuck around the farm and tried to earn something that could only be given: the love of the father. The younger son was an opportunist. He cashed in his inheritance early, travelled around the country, and threw a big party for a few years. The first time the ATM was declined, he knew his mistake was loving the father’s stuff more than loving the father himself.

The father in this story is no ordinary father. He is God. The one Jesus called Father. He waited outside on the deck each night, looking into the sunset, praying and hoping the younger son would return home. He saw a silhouette in the distance. His heart began to race. He ran and embraced a sinner who happened to be his son. Grace. The older son complained. The Father offered words of compassion, assurance, and power to the older son. That is grace as well.

The two boys argue over which show to watch or who won the game. They disagree about who is right. They compete for attention from their father. They help each other out. They play together at the swimming pool. At the end of the day they cuddle up and read books together. I love being a father. At our absolute best, earthly fathers give us a glimpse and an illustration of the love of our heavenly Father. And as far as glimpses and illustrations go—it is a pretty darn good one.